from hong kong to the world

the hong kong protests have been going on since june 2019. in light of recent events in america, we would like to share our knowledge and experience with the world, to assist all of you in the battle against police brutality and the corrupt system. hope this helps, and good luck to everyone out there!

clothing
one of the most noticeable characteristics of hong kong protestors are the outfits. since the first protests in june 2019, we have been wearing all black. not only does help strengthen people's sense of identity, it makes it harder for protestors to be identified by their clothing. in hong kong, protestors have developed a habit of bringing a change of clothes to protests, or wearing other clothes underneath, so that they would look less suspicious when fleeing the scene. masks are also extremely important to hide your identity- and very necessary in the still ongoing pandemic. gas masks or n95s work best, but surgical masks are a good alternative for those not on the frontlines.

gear
appropriate protest gear is extremely important to keep yourselves safe and help everyone work better during protests. the following is a great summary of basic protest gear. most items shouldn't be hard to find, but if you don't have everything, don't worry! you can still join the protests, but be more careful, especially if you lack protective gear. 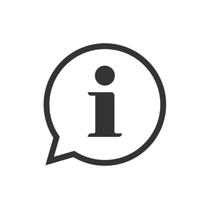 protests do not only involve the protestors in the front lines. fighting in front isn't for everyone, so if you don't want to or are unable to join the protests, there's still a lot you can do!

1. frontline fighters
for the brave folks out there willing to risk their lives

2. first-aiders
for any doctors or medical students- standby at the scene with first-aid tools and be ready at all times to help the injured, such as people that got shot. it is very necessary to have these people at the scene if ambulances are unable to pass through to provide help immediately.

3. journalists
technically just there to do their jobs- record, take photos, make sure the truth gets shown to the world.

4.promoters
for those who are unable to go out and protest. if you are good at arts or design, make infographics to spread information, such as protest tips or notices for events! of course, promoters also include those retweeting or reposting information on social media.

5. suppliers
for those with a car- if protestors are occupying an area, supplies may be needed. could be medical supplies or food, depending on the situation. people are also needed to organize supplies. communicate with protestors and medics to see what is needed.

6. drivers
in hong kong, we call these 'parent cars'. your job is to drive protestors to and from when they are unable to take public transport, which is not unlike how a parent would drive their children to and from school, hence the name. you have to be alert of the situation at hand and be prepared to pick protestors up.

6. recon
an alternative for those staying at home is to provide live updates on social media for protestors. listen to police scanners or get information from people near the scene to alert protestors of the ongoing situation.

b) avoiding tear gas grenades
if you cant put them out in time, kick them or throw them back at the cops. they deserve it anyway <3
one of the more creative examples from hong kong is this protestor, who hit the cannisters back at police with a tennis racket. and of course, everyone's seen the video of the uncle with the leaf blower. might not be the most effective way but it sure is creative! 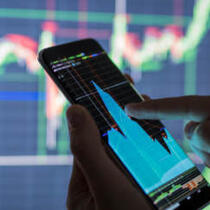 1. be water
one of the main tactics of the hong kong protests is "be water", which is a quote from bruce lee. it means that protests should be fluid and flexible. it is extremely important to be alert at all times and know when/where to move to avoid police, or switch tactics according to the situation at hand. don't be afraid to follow your instincts and leave the scene if you have to!

the key to a good barricade is to use anything you can find on the street! it can be huge, messy thing like this

or a lil army of small objects, like this

objects you can use:
-sticks/ poles
-roadblocks
-cones (save some for tear gas though!)
-shopping carts
-trash cans
-


things to remember when building barricades:
1. the goal is to block routes as quick as possible and disrupt traffic. don't spend too much time trying to perfect it- do it as quick as possible, before the cops arrive.
2. don't stay to defend barricades, build it and GO
3. be creative; anything can be a barricade if you want it to be.

1. telegram
twitter is not safe. even dms are not private, as they are not encrypted. however, on telegram, chats can be encrypted to ensure communication is safe and information is kept in secret. the hong kong protestors have been using this app throughout the protests, and it has proved to be extremely effective in sharing information and live updates on where to go or where police are located. telegram also works in a groupchat type setting, so instead of tweeting updates on a messy timeline, telegram allows for more direct communication between protestors, while keeping everything safe and private.

2. signals
communication is very important at the scene of the protests. here is a list of hand signals used by hong kong protestors, so supply deliverers know what to pass on to the frontlines, which makes their job more effective. this list only includes supplies, but signals could be used for anything, such as telling people to leave, signalling where cops are coming from, etc.

if you get arrested, kidnapped, shot, or put in any situation that possibly could endanger your life,
SHOUT YOUR FULL NAME. hong kong protestors have been doing this when they get arrested, and their information is put on instagram or twitter to help family and friends locate them. this is especially important as some protestors have gone missing. this could possibly save liives.

it means so much to see everyone sharing and using our tactics<3 i can't speak for everyone but personally, i fully support the black lives matter movement, and i urge you all to please, support the hong kong protests as well. it won't take long- please spend some time out of your day to read about us and support what we are doing. thank you!!